A Glance at The Study in Gujarat Campaign


The Government of Gujarat came up with the idea of the Study in Gujarat (SIG) campaign. Its sole purpose is to inform students about the educational facilities, infrastructure, and opportunities in the state of Gujarat. This platform is focused on working for a brighter future of upcoming generations by providing quality education that encourages innovation.

Until now, there have been almost 13 roadshows organized all around the world in order to spread awareness among students about the educational infrastructure and opportunities in Gujarat. Presently, A total of 28 universities have partnered with the state government and will act as representatives.

The Study in Gujarat campaign aims towards promoting Gujarat as an education hub at both national and international platforms.

To market Gujarat as an education hub of India, various roadshows were held by a high-level delegation in a total of 12 countries from 15 to 22nd January. The roadshow was led by the respected and honourable education minister Bhupendrasinh Chudasama and PS higher and technical education department Smt Anju Sharma.

Gujarat Government pays the utmost attention to small details before selecting a college or university for study in the Gujarat campaign. A university has to meet all the requirements set by the education department. In case the university fails to meet requirements, then it will not be selected for the program.

The selection criteria of a University are as follows:

A total of 28 universities including both private & Government and 4 colleges have successfully made their place in the Study in Gujarat campaign. Out of all these institutions, some of them are highly reputed and are recognized worldwide.

The universities that have made it to this campaign as representatives are IIT-RAM, GNLU, PDPU, Gujarat University, LD Engineering, CEPT, SAL Institute, Gujarat Arts & Science College, and Gujarat Forensic Science University.

Why Gujarat is known as the Entrepreneurial Hub of India

Advantages of Pursuing your Master’s Degree from Gujarat, India

8 Reasons Why One Should Study In Gujarat

Cost of Higher Education and Living in Gujarat

Characteristics and nature of Gujarati students

Why Study In Gujarat

Gujarat is one of the most prominent states situated on the western ghats of India. The state is stretched into the Arabian sea with a bit of desert and coastline of almost 1666 km. Talking further about Gujarat, it is the home state of  Shri Mahatma Gandhi – father of the nation.

Presently, Gujarat is taking the lead in terms of education, innovation, and economic growth. The major reason behind this development is the successful implementation of various models meant for socio-economic growth. These models have set certain standards in various fields of infrastructure, governance, and investment promotion.

Generally, Gujarat has been recognized as a state inclined towards entrepreneurship and not as a state with professionally trained human resources. Well, with the changing times, there has been a change in this situation as the Government of Gujarat has taken steps towards turning Gujarat into an education hub for the country.

Talking about education in Gujarat the state government is busy working on its ‘Smart Goals.’ These smart goals have a crystal clear vision on ‘Education for All’. For making it possible, the Gujarat government is making plans for improving the literacy rate, infrastructure, reducing the rates of drop-outs, and providing financial help to the poor and needy students. Not only that, but they are planning to train the students by working on their employability skills, providing faculty training, and giving platforms to start-ups. The main goal is to attain Socio-Economic- Education (SEE) growth across the state in the primary, secondary, higher, and technical education.

Moving on, The state government is not only focusing on attracting the students belonging to other states within the country but also the one residing in other countries. For the same, the Gujarat government is taking various essential steps towards improving the infrastructure and quality of higher and technical education in the state. Interestingly, Gujarat has some of the oldest and most prominent universities in India. To name a few would be Gujarat University, MS University, IIM, NID, and Nirma University.

Currently, the state government is working on a project that is focused on making Gujarat a world-class education hub. For the same, they have set a goal of getting a total of 10,000 foreign students to study in the various universities of the state by the year 2022. The Gujarat government is highly focused on creating more opportunities for foreign students to study in our universities.

Talking about the vision of the Gujarat Government for students, They wish to create an environment where the students that are positive, employable, and aspirational are nurtured in the right manner. With this, the youth will have enough knowledge to make their place in this highly competitive world.

Current Ranking of Institutions in Gujarat

Surprisingly, Gujarat ranks in the seventh position in terms of attracting foreign students. Presently, a total of 2,068 students belonging to different countries are pursuing various courses as per their choice in the state.

Cost of Living in Gujarat

Last but the least, One of the primary reasons for choosing Gujarat for education is affordable living expenses. When compared to other countries, the living expenses in Gujarat are far more economical. Talking about safety, Gujarat is considered to be one of the safest states in India. Students coming from within the country or from outside will never have to worry about their safety. 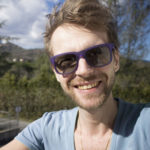 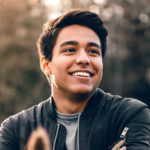 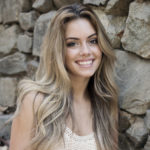 Is there any support for a visa?

Yes, We do provide support for getting a visa from the Indian embassy situated in your respective country.

What is the vision of the Gujarat Government when it comes to achieving excellence in the field of Education in the state?

Which are the different courses offered in the study in the Gujarat program?

There are several types of courses and specializations offered by various universities under the Study In Gujarat program. Some of the courses offered under general stream are B.Com, BA, B.sc, etc. Talking about the Technical courses, they consist of B Pharm, B Tech, etc. The postgraduate courses are LLB, M Pharm, MBA, etc. Last but not least, the most important courses include Ph.D and MPhil programs.

What is the process of getting admission?

Foremost, an applicant must register for admission by clicking on the link present on the website. There is a common registration portal that is meant for registration. Once the registration is done, the further process for admission will be carried on by the concerned university.

Do I need a provisional admission letter for the Visa Process?

If required, the International Admission office of the respective University will provide a provisional admission letter for the Visa Process.